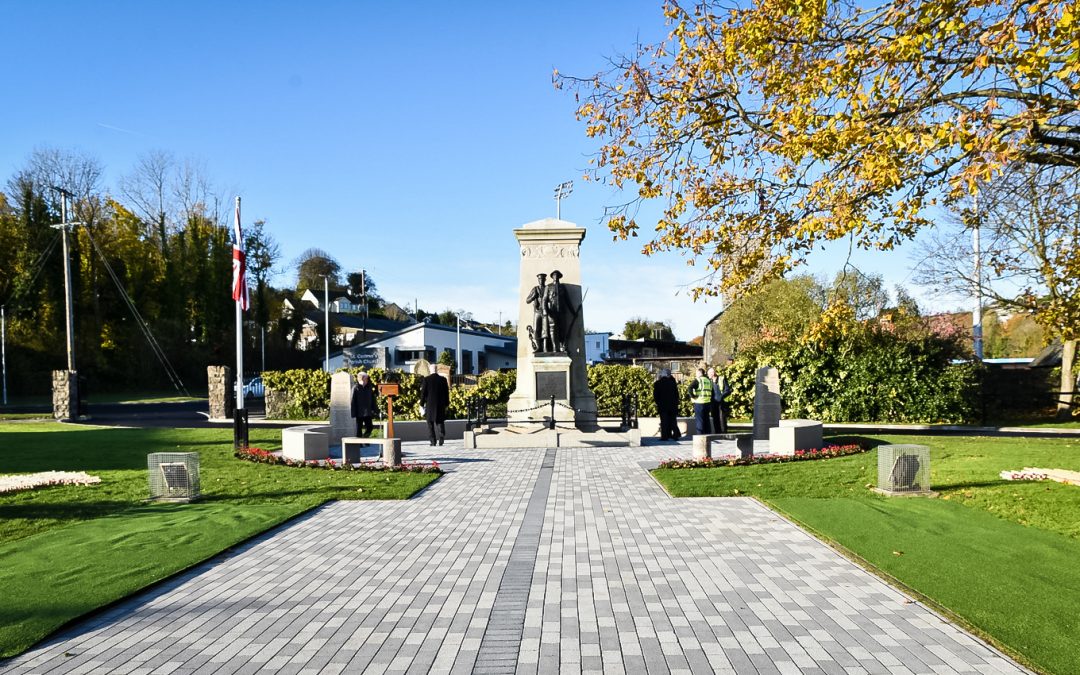 The names of more than 100 local people who lost their lives during the First World War have been inscribed on new obelisks installed at Inver War memorial, Larne.

The extensive refurbishment works were carried out over the last few months by Mid and East Antrim Borough Council in order to be completed ahead of Remembrance Sunday.

There was a significant engagement with the Royal British Legion and key community representatives to work up the designs and to identify and verify additional names for the memorial.

He said: “Mid and East Antrim citizens were encouraged to take part in a consultation aimed at ensuring all local people who lost their lives during the First World War are remembered on Larne War Memorial.

“The response to the Missing Names Project was excellent and Council would like to thank all those who have participated with details of the fallen.

“The refurbishment works to the memorial are a very fitting addition.”

The names now inscribed on the memorial at Inver are of soldiers who died during the First World War.

The upgrades also include the installation of two stone-clad pillars, the creation of new walls, paving and seating.

The work on Inver War Memorial was completed by the end of October and was officially dedicated on Sunday 10 November.